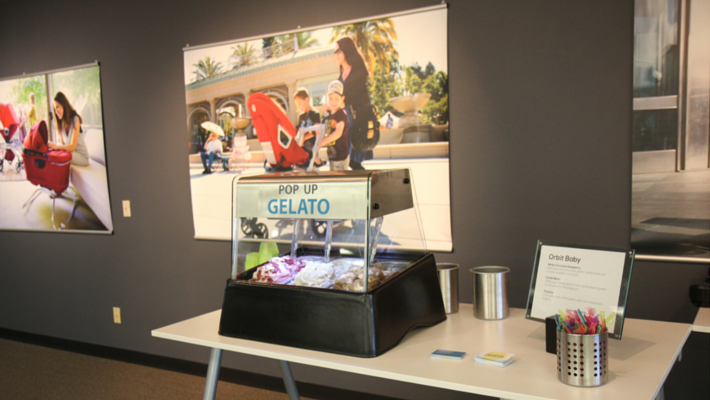 This is an old post we published almost 2 years ago. We’re bringing it up again because we just heard some news regarding a company we care deeply about. It’s old news to some, but new to us. It’s been adapted to reflect the new info.

We will never forget Orbit Baby.

All epic adventures have a beginning.  Frodo had The Shire. Pop Up Gelato had Orbit Baby. Okay, that was a terrible analogy, but you know what we mean.

Orbit Baby was Pop Up Gelato’s first official gig as a company in January of 2014.  So you know this awesome company has a special place in our heart. Orbit Baby designed car seats and strollers that address safety, ease-of-use, ergonomics, and style.  We’ve all seen them before.

So it’s finally nice to place a product with the beautiful people that actually make them. Orbit Baby was a world-class company with amazing employees.  We believed in their mission to disrupt their space and are privileged to have had them as a customer. It’s amazing how many great and innovative companies come out of the Bay Area.

Orbit Baby, you will be missed.

Thank you for supporting our local small businessRequest a Quote
+ +